WHERE THE MUSIC WENT

Sam Smith, Progressive Review – A striking chart accompanying Charles Blow’s NY Times recent column on music sales raises questions about how important unpaid downloads actually are. For example, in 2008 paid downloads of singles brought in about one billion dollars. The best year for CDs was 1999 when there were roughly $15 billion of sales. Since then CD sales have collapsed.

But let’s imagine that everyone who had downloaded a single in 2008 had bought a CD instead; the gross sales would be greater than the record year for CDs a decade ago.

NPD has estimated that there were 5 billion songs downloaded for free in 2006, suggesting a loss of one third of the value brought in by CDs in their peak year.

But is this accurate? Even if the estimate is correct, it ignores the fact that people do things for free that they would never pay for. Imagine you are at a party, and the host suddenly announces that there will be a charge for the drinks and the snacks. What effect would this have on your thirst and desire for tortilla chips?

In 2006, NPD estimated that there were only 15 million free downloaders. For them to have driven gross sales to what they were back in 1999, each free downloader would have to had spent about $150. This is the dream world in which the RIAA lives.

The recording industry – whether because it has been badly misled by its lawyers or because of innate incompetence – has been trying to justify its collapse on free downloads. The evidence suggests that the shift from CDs to singles has been immensely more important, but it’s more comforting to blame it all on others. Interestingly, as America’s newspapers go in a similar collapse, their publishers are doing much the same thing: blaming web aggregators, even though for many years reporters at the NY Times, Washington Post and elsewhere were tipping off Matt Drudge about their forthcoming scoops because – unlike their bosses – they knew it would drive readers to them.

Further, I suspect technology explains only a portion of the story. Culture changes as well as does technology, yet because it is not as easy to quantify, it doesn’t get anywhere near the attention.

Still, people’s willingness to buy music is based on a number of non-technological considerations such as;

What role does music play in our culture? Do we sing as much as we used to? Is music – outside of concerts and other performances – a community matter or is it highly atomized like other aspects of our culture?

Much of music traditionally came out of communities – work songs, gospel music and expressions of nationalism, regionalism and other values. This side of music has faded, replaced by sounds imposed on society by wealthy corporations. What does this do to sales?

What if these sounds – once the effect of intensive marketing has worn itself out – don’t have much lasting intrinsic appeal? What if they leave an aura that actually drains music of some of its excitement and cultural importance? What if RIAA is killing music?

Some years back, I wrote about jazz this way:

“The essence of jazz is the same as that of democracy: the greatest amount of individual freedom consistent with a healthy community. Each musician is allowed extraordinary liberty during a solo and then is expected to conscientiously back up the other musicians in turn. The two most exciting moments in jazz are during flights of individual virtuosity and when the entire musical group seems to become one. The genius of jazz (and democracy) is that the same people are willing and able to do both. Here’s how Wynton Marsalis describes it: ‘Jazz is a music of conversation, and that’s what you need in a democracy. You have to be willing to hear another person’s point of view.'”

What current popular musical genre is similarly integrated into the culture?

When I started as a musician the most illegal thing you could do was to make a fake book under the counter at a music store for $25. The fake book contained the melody lines and chords of hundreds of tunes and the music publishers didn’t like it. But once you had the music you could pretty well do with it what you wished. Worries about licensing, copyrights and royalties were at a low level. Short of making a record – not a common opportunity – the music was out there in a kind of de facto public domain.

The current emphasis on individually composed music as opposed to cover versions – i.e. playing a tune someone else made popular – may in some way reflect the change that has occurred. When I hear people talking about cover versions, it still seems odd since I come from a time when 99% of the music played by ordinary musicians were cover versions of one sort or another.

It’s hard to get a handle on all this because of the way the marketers and media have manipulated music. In 2002, I wrestled with this in an essay:

Michael Jackson sold 47 million copies of “Thriller,” which sounds like a lot until one realizes that Dunkin’ Donuts sells more cups of coffee than that in one month. In fact, more people have a cup of Dunkin’ Donuts coffee than watch Bill O’Reilly on the same day. But note where Dunkin’ Donuts stands in the media cultural hierarchy compared to Jackson and O’Reilly.
It’s actually far worse than that. An ABC News poll last year found that 38% of Americans considered Elvis Presley the greatest rock star ever. Jimi Hendrix came in second at four percent and Michael Jackson tied Lennon, Jagger, Springsteen, McCartney, and Clapton at 2%. In all, pollees list 128 different names. Even among 18-34 year olds, Presley beat Hendrix 2 to 1, albeit getting only 19% of the votes.

The matter is further complicated by the fact that we do not know how the over 200 million Americans who did not buy a copy of ‘Thriller’ felt about Jackson. Some were married to a purchaser, some have downloaded it, some picked it up second hand or from a sibling. But is it not possible that among this vast pool we might not actually find a many people who disliked Jackson’s music as liked it?

Yes it is. And although I have not been able to find an American study that deals with this issue, a fascinating examination of Japanese adolescent tastes in western music suggests what we might discover.

Note that rock is the only category in which the percentage of those not liking it at all does not near 50%. Note also that one of the most disliked genres is something the media has labeled “easy listening.”

So if you can’t stand Jackson or his music, don’t feel bad. You are just part of the silenced majority. Go down to Dunkin’ Donuts have a cup of coffee like a real American.

Music has become the property of a small number of corporations, advised by some extremely bad lawyers, producing material that is often of marginal virtue and promoted by a media that doesn’t care what it sounds like as long as the visuals and the story line are good You will know this has changed when a song about the second great depression hits the charts.

Thank you John. I met you several times in the lot, you never said a word about who you were….

much love, gratefully yours, Maji

This is what I am talking about Right Here….

this is very cool… It is a computer animation, though put over as a real machine by the people who put it out, and had us all fooled for a long time!!! 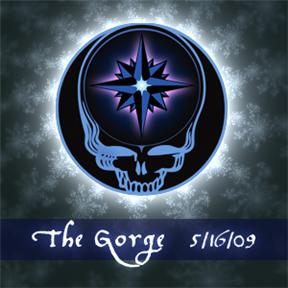 Here is a snip for you: