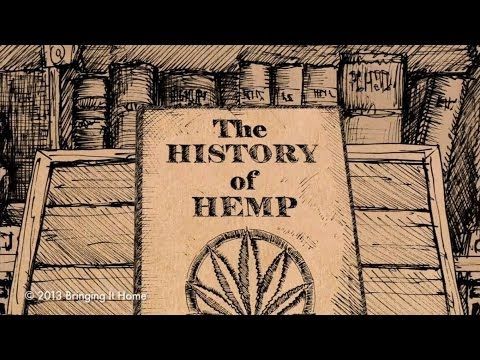 This was a great publicity stunt by the famous Actor intended to bring awareness about the value of Industrial HEMP. Way back in “The Day”, Woody became a staunch advocate for the truth about Marijuana, and backed a small Flagship Hemp Clothing Industry group in Costa Mesa, CA called The Hempstead Company.
In these home videos, you see Woody dressed in Clothing that was made by this Company.

A Song was written for Woody Harrelson by Stehen Saunders and his band, Nobody’s CAT and published by 0=2 Productions on the

The Electric Emperor CD-ROM, and by Occular Cuspidor on The EMPILATION CD:

Here is an article that was published by
Steve Bailey, The Courier-Journal, Louisville, KY:

Beattyville, Ky. — A Lee County jury acquitted actor Woody Harrelson on a misdemeanor charge of marijuana possession yesterday, ending his four-year court battle to get the state to differentiate between hemp and marijuana.

The six-member jury deliberated about 25 minutes yesterday before returning with its verdict.

Harrelson, who spent much of the day signing hundreds of autographs,could have been sentenced to a year in jail and fined $500 if convicted.

“I had the opportunity to talk to some of the jurors afterward, and,regardless of what the Supreme Court says and regardless of what the legislators say, those people don’t think it’s right that someone should go to jail for growing industrial hemp,” Harrelson said. “Tome, they’re sending out a very strong message.”

He planted four hemp seeds in 1996, knowing he would be arrested,so he could challenge the law outlawing possession of any part of the cannabis plant.

Through three courts, he had argued that the statute is unconstitutional because it does not distinguish between marijuana and hemp. Hemp contains only minute amounts of the narcotic substance that makes marijuana smokers high, tetrahydrocannabinol (THC).

The Kentucky Supreme Court ruled in March that there is no difference between hemp and its narcotic cousin, and it declared that Harrelson had to return to Lee District Court for trial.

Harrelson, 39, starred in the films “Natural Born Killers” and “The People vs. Larry Flynt” but is best known to many for his bartending role in the ’80s television series “Cheers.”

“I honestly didn’t know which way it was going to go, and I was very nervous,” he said. “When they said, ‘Not guilty,’ I actually cried a little bit.”

“I was afraid. There was a very real possibility of going to jail.Technically, I guess I violated the law, according to what the Supreme Court said.”

Former Gov. Louie Nunn, who was on Harrelson’s defense team, said he had expected the verdict.

“Now it’s time to start promoting the growth of hemp so we can have a great economic future in Kentucky,” Nunn said. “We need to educate people about the distinction between marijuana and hemp.”

“We’re already losing tobacco and farmers are suffering, and this would be an alternative crop.”

Each side called several witnesses, and the jurors were shown a video tape of Harrelson planting the seeds June 1, 1996.

Lee County Attorney Tom Jones asked the jury during closing arguments to fine Harrelson the maximum $500 and give him at least 30 days in jail.

“He created this whole mess himself,” Jones said. “He came here to break the law. There’s no question about that.”

“He’s got this coming. He misused his fame.”

Juror Sylvia Caldwell said there was no doubt in her mind that Harrelson was innocent.

“The state just didn’t have any proof,” she said. “Even on the videotape,we couldn’t tell if anything was planted.”

Hemp was once one of the state’s leading crops. In the 1800s it was used to make rope and sails, but anti-drug laws, the availability of other fibers and the Marijuana Tax Act of 1937 wiped out production in this country.

1. One acre of hemp can produce as much usable fiber as 4 acres of trees or two acres of cotton.

2. Hemp paper is longer lasting than wood pulp, stronger, acid-free, and chlorine free. (Chlorine is estimated to cause up to 10% of all Cancers.) Hemp paper can be recycled 7 times, wood pulp 4 times. Hemp fabric requires fewer chemicals than cotton and is stronger and longer lasting.

3. 5-10,000 Cancer related deaths are caused yearly from pesticide use. Cotton uses as much as 40% of all agricultural pesticides. Hemp uses no pesticides and crowds out weeds without herbicides.

5. Hemp should be worth $500 per acre if used for low end products such as particle board. If higher use products can be developed such as specialty paper and fabrics, the value could be even greater.

6. Hemp is an excellent rotation crop: it crowds out weeds and its deep tap roots break up hard pan soils.

8. Low-THC fiber hemp varieties developed by the French and others have been available for over 20 years. It is impossible to get high from fiber hemp. Over 600,000 acres of hemp is grown worldwide with no drug misuse problem.

9. In 1941 Henry Ford built a plastic car made of fiber from hemp and wheat straw. Anything made from a hydrocarbon can be made from a carbohydrate. The 21st century should be the era of the carbohydrate (sustainable agricultural products.) Hemp plastic is biodegradable, synthetic plastic is not.

10. Hemp is the world’s most versatile fiber. Almost any product that can be made from wood, cotton, or petroleum (including plastics) can be made from hemp. There are more than 25,000 known uses for hemp!