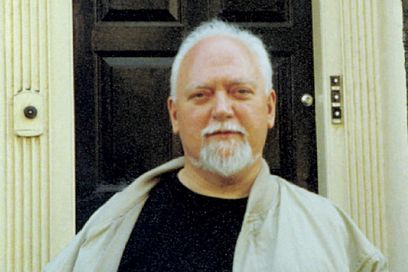 Robert Anton Wilson, an author of “The Illuminatus! Trilogy” — a mind-twisting science-fiction series about a secret global society that has been a cult classic for more than 30 years — died on Thursday at his home in Capitola, Calif. He was 74.

His death was confirmed by his daughter Christina Pearson.

The author of 35 books on subjects like extrasensory perception, mental telepathy, metaphysics, paranormal experiences, conspiracy theory, sex, drugs and what he called quantum psychology, Mr. Wilson wrote the trilogy with his friend Robert J. Shea in the late 1960s, when both were editors at Playboy. The books — “The Eye in the Pyramid,” “The Golden Apple” and “Leviathan” — were all published in 1975 by Dell Science Fiction. They never hit the best-seller lists, but have never gone out of print. Mr. Shea died in 1994.

Inspired by a thick file of letters that the authors received from conspiracy buffs, the trilogy traces the conflict between the Illuminati and the Discordians. The Illuminati are elite authoritarians who pull the puppet strings of the world’s political establishment while seeking to become super-beings by sucking the souls from the masses. The Discordians resist through convoluted tactics that include a network of double agents.

“There are lots of drug references in the book,” said Mark Frauenfelder, a co-editor of boingboing.net, a pop culture Web site that started as a print magazine in the 1980s and for which Mr. Wilson wrote many articles. “In part because it dealt with conspiracies in a science-fiction way, the trilogy achieved a cult following among science fiction readers, hippies, the psychedelic crowd.”

Mr. Wilson was born in Brooklyn on Jan. 18, 1932. He attended Brooklyn Polytechnical College and New York University. He worked as an engineering aide, a salesman and a copywriter, and was an associate editor at Playboy from 1965 to 1971.

Besides his daughter Christina of Santa Cruz, Calif., Mr. Wilson is survived by another daughter, Alexandra Gardner of Eugene, Ore., and a son, Graham, of Watsonville, Calif. His wife of 39 years, the former Arlen Riley, died in 1999.

After completing the trilogy, Mr. Wilson began writing nonfiction books. Perhaps his most famous is “Cosmic Trigger” (Pocket Books, 1977), a bizarre autobiography in which, among many other tales, he describes episodes when he believed he had communicated with extraterrestrials — while admitting that he was experimenting with peyote and mescaline.

Mr. Wilson contended that people should never rule out any possibility, including that lasagna might fly. On Jan. 6, in his last post on his personal blog, he wrote: “I don’t see how to take death seriously. I look forward without dogmatic optimism, but without dread. I love you all and I deeply implore you to keep the lasagna flying.”