Obama, Bush and the true, Sordid State of Our Cabal Controlled Union.

It has been a little bit of time since we last posted an article.  Although we have volumes to report, we do not have the time to author stories of more scandals, it’s just more of the same and vastly larger than reported in the past.  We promise we will.  In reality, we have been working with world leaders, numerous security agencies and the legitimate or clean guys in the banking industry to bring the Global Settlement to a conclusion.  We have certainly seen the results of the Dark Cabal’s work for nearly fifty plus years, the depth of the tentacles’ of the Bush Clan in all aspects of the banking industry.  What is more interesting is the picture that is developing around the secret organizations that support the new version of the World War II German Reich.  Seems like some of the old guard are still hanging around in very clandestine, quiet places and are at the helm of the banking Cabal including the Bush’s.

This is an amazing world we are living in.  Every American and every person in the free world should be stepping up to the plate and questioning every aspect of our representatives and their intentions.  We support the total removal of incumbents from our leadership and a process for the thorough vetting of candidates on a state by state basis prior to their ability to hold office on a Federal basis.  We no longer can have the extremely poor leadership that has been commonplace for these many past decades.

America is the shining star of freedom in the world and we can no longer afford to elect the types of people that will be intimidated by or want to only cooperate for profit with the secret under body of the world.  We need people that will put their lives on the line to root out the individuals and groups that have divisive plans to control the world through manipulation of the political process, the financial markets and the main stream media.  It is up to the American public, our clean world leaders and the people of the world to literally force the tough questions and push the bastards out of office.  It is up to the common folks to wake up and spread the word to their neighbors to show what 308 million Americans can do.  We can report all day long, but if YOU won’t act or even question then it is all for naught and you will continue to suffer for your lack of action.  We hope that YOU are not waiting for us to do all of the work.  We do the heavy lifting, however many hands (minds and voices) will complete the task and improve the world we live in.

During the last few weeks as Washington, D.C. was on vacation, The White Hats have been working diligently behind the scenes with intelligence sources to expose the dark cabal.  We have been holding in reserve supporting evidence, which portray the depth of corruption and complicity of the Beltway Federal establishment, still controlled by George H.W. Bush Sr.  Our Constitutional values are still being dismantled and replaced by the dictates of a criminal Cabal, a pretend president and his illegal administration.  Homeland Security has failed to recognize that our greatest enemy is already within. This enemy is the greatest threat to the liberties and freedoms we love as Americans: a failing president controlled by a dark cabal conspiring to profiteer from their insatiable greed.  The world knows what is unfolding as Israel has now sold 46% of its US Treasuries and Russia has sold 95% of its own US Treasury holdings.

The truth is widely known among the nations who are asking why these criminals have been allowed to perpetuate their criminal control unchecked.  Bush Senior and Obama are blatantly compromising, not only America’s economic recovery, but the World’s by continuing to extort and unlawfully use the Global Settlements and all of the funds they have stolen for years.  They refuse to release funds which are not theirs while maximizing Bank Trading Program payments for their own offshore accounts.  As recent as this week, a wire transfer of funds to Wells Fargo Bank for a true Patriotic Beneficiary was illegally stopped so they could continue their felonious activities.

Geithner was appointed to head up the US Treasury for one reason. He was appointed as the Gatekeeper to stop any independent ethical appointee from having oversight over the Federal Reserve Bank of New York, whose criminal Ponzi and racketeering activities have crippled America with debt obligations beyond anyone’s imagination.  Geithner fronts a cover up as a bought slave to his Master Bush.  Geithner has taken combined payouts from the theft of the Falcone Bank Program funds set up by Bush Senior, which he is now seeking to hide behind discretionary Nominees fronting for him via The Royal Bank of Canada accounts in London, which we are tracking.

We know Geithner’s illegal Banking as he desperately seeks to avoid our monitoring investigators.

We know about Bush Seniors, Biden’s, the Clinton’s, and Romney’s offshore accounts, which will be exposed and deny Romney the Presidency.  We watch Obama’s desperate attempts to hide his own accounts totaling in excess of 11 Billion Dollars.  We know the full extent of the CIA Bank Program trafficking. These will be exposed and moves are in process by Falcone’s own attorneys to get all identified accounts frozen.

Both our Senate, Congress, Pentagon and all Agency leaders know fully that Obama is an illegal President, as do the Supreme Court Justices.  Slowly International media is waking up and challenging the inadequacies and transgressions of Obama and his criminal Chicago support team. Visibly, the protective compliant media shell is now cracking as questions and challenges to Obama and the Bush criminal cabal are mounting.    The wheels are coming off their Gravy Train.

The very role of FRB New York, Geithner’s former home, is now being debated and challenged. This is their Achilles’ Heel.

We outline again the clear and simple facts, which will be rigorously challenged as their empire disintegrates.

RIGHT TO COUNSEL SLIPPING AWAY

Walter F. Mondale, Washington Post – More than 45 years ago, as attorney general of Minnesota, I joined with the attorneys general of 21 states in asking the Supreme Court to ensure that counsel would be appointed for all people facing criminal charges who could not afford it. The court answered our plea. Yet today, its historic decision in Gideon v. Wainwright is at risk.

In Gideon, the Supreme Court ruled that Florida violated the Constitution when it refused to appoint counsel for Clarence Gideon, a defendant who lived in a rooming house and had just $25 to his name. The opinion recognized the “obvious truth” that “in our adversary system of criminal justice, any person hauled into court, who is too poor to hire a lawyer, cannot be assured a fair trial unless counsel is provided for him.”

Yet states across the country routinely fail to appoint counsel to people who are genuinely unable to afford representation on their own. A report published by the Brennan Center for Justice at NYU Law School last fall, “Eligible for Justice,” found that if Gideon were to face criminal charges in Florida today, he might well be denied a public defender. Under Florida law, he could be disqualified for counsel if he has assets exceeding $2,500 (excluding a house), a car valued above $5,000, or had posted bail of more than $5,000, even if none of those assets permitted him to pay the retainer — often several thousand dollars — that defense lawyers routinely charge.

Even in Minnesota, things are grim. The Office of the State Public Defender absorbed a $1.5 million budget cut in 2008 and faced a $4.7 million shortfall at the end of fiscal 2009. The office announced late last year that it may need to cut 61 full-time equivalent attorney positions.

Sadly, Gideon’s chances of getting counsel would be worse elsewhere. In New Hampshire, he could be found ineligible for counsel if he had a home valued at more than $20,000, even if he could not sell the home in time to finance his defense and even if selling it would leave him homeless. Courts in Virginia could deny him counsel because of the amount of money possessed by family members, even if Gideon had no power over that money.

Only In America-Irony in words..

Only in  America  ……do drugstores make the sick walk all the way to the back of the store to get their prescriptions while healthy people can buy cigarettes at the front.

Only in  America ….do people order double cheeseburgers, large fries, and a diet coke.

Only in  America …..do banks leave both doors open and then chain the pens to the counters.

Only in  America…..do we leave cars worth thousands of dollars in the driveway and put our useless junk in the garage.

Only in  America …..do they have drive-up ATM machines with Braille lettering.

Why the sun lightens our hair, but darkens
our skin?

Why women can’t put on mascara with their mouth closed?

Why don’t you ever see the headline ‘Psychic Wins Lottery’?

Why is ‘abbreviated’ such a long word?

Why is it that doctors call what they do ‘practice’?

Why is lemon juice made with artificial flavor, and dishwashing liquid made with real lemons?

Why is the man who invests all your money called a broker?

Why is the time of day with the slowest traffic called rush hour?

Why isn’t there mouse-flavored cat food?

Why do they sterilize the needle forlethal injections?

You know that indestructible black box that is used on airplanes? Why don’t they make the whole plane out of that stuff?!

Why don’t sheep shrink when it rains?

Why are they called apartments when they are all stuck together?

If flying is so safe, why do they call the airport the terminal? 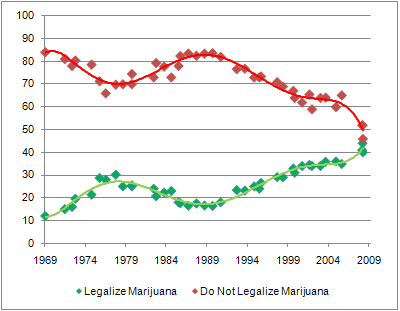