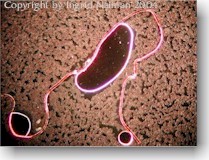 Hulda Regehr Clark drew world attention to one specific fluke that she maintains is the cause of all diseases. There are in fact over 3000 different parasites that have been loosely grouped into four different categories.

According to the World Health Organization, 3.5 billion people suffer from some type of parasitic infection. Not all of these people live in third world countries; many in the developed world have any number of parasitic infections, some of which are so highly contagious that extremely casual contact with something that has been handled by an infected person can infect another person.

Since there are such a huge variety of parasites and their characteristics vary greatly, it is not possible to generalize too much; however some broad statements are possible. The symptoms of parasitic infection vary enormously, enough that anyone reading the list that follows will quickly assume that he or she harbors some type of parasitic infection. Therefore, it should be stated that the presence of one or more of these symptoms does not lead ipso facto to the conclusion that one is infected, merely that it might be worth investigating the possibility of such an infection.

Acute parasite infection is usually characterized by greater or lesser abdominal distress and diarrhea, often urgent and attended by burning sensations and tremendous fluid loss. Only rarely is there any visible evidence of infection. Moreover, many laboratories fail to detect the presence of parasites even when presented with specimens from infected persons. It is therefore sometimes necessary for the patient to determine whether infection is likely and to self-administer some remedy since allopathic medicine requires a diagnosis before prescriptions can be written.

Once a condition has moved from acute to chronic, there may be alternating periods of constipation and diarrhea, abdominal distention and bloating, intestinal cramping followed by burning sensations and the sudden urge to eliminate. Generally, there is malabsorption of nutrients, especially fatty foods. Irritable bowel syndrome, blood sugar fluctuations, sudden food cravings, and extreme emaciation or overweight are all possible symptoms—but, as stated, not necessarily proof of parasitic infection.

Itching is a possible clue to infection, especially among children; however, the absence of itching does not mean there is no infection. The itching tends to be worst where there is moisture: nose, eyes, ears, and of course the anus. Skin sensitivity is also common: rashes, eczema-like conditions, and even serious eruptions.

Many parasites affect the nervous system and give rise to sleep disorders, such as insomnia. In children, hyperactivity is common, but adults may have symptoms ranging from depression to anxiety. Some parasites affect the brain and memory. In short, the part of the body affected depends on where the parasites have invaded: blood, intestines, liver, pancreas, kidneys, brain, etc. To make infection even more difficult to determine, add to this scenario the fact that many, if not most, parasites migrate so the symptoms could change depending on where the parasites are at any given time.

How Parasite Infections are Contracted

It is extremely easy to contract a parasite infection. Contaminated water is one source of infection. Improperly washed or undercooked food is a common means of infection. Transmission from pets is another. Contact with another infected person is also a common route of infection. Travel can escalate the risks. Antibiotics pose another problem because they interfere with normal intestinal flora, some which tend to control certain types of infection.

Since there are many types of parasites, each with its own particular life cycle and pattern, a few generalizations may simplify the rationale behind the different treatment strategies.

First, one needs to understand that the parasite is a creature that depends on a host for survival, ergo its name. It leeches nutrients that the host needs in order to be healthy.

One thing at a time. I spent many years in tropical countries and came to realize that experts in parasitology are more likely to hail from such countries than from the big modern medical institutions that tend to underestimate the importance of parasitic infection. Parasites lay eggs, thousands of them each day. According to most investigators,

the eggs are destroyed by cloves and/or clove oil. Some eggs may be weakened by hydrochloric acid in the stomach, but parasites are clever and want to survive so they usually lay their eggs where the chances of viability are greater. Therefore, the hydrochloric acid is mainly effective against newly ingested eggs. Since one can never be certain of destroying all the eggs, perseverance has its rewards.

Many parasites hide in the folds of the large intestine or under the membrane lining of the intestines. When the eggs hatch, usually around the time of the full moon, the lining sloughs off and exposes a sensitive area that gives rise to acute pain and often the urge to eliminate. Some people have observed the tissue when it is sloughed off.

I want to tell a clove story. I had some cloves in a conventional spice jar. One day when I went to use the cloves, I noticed that the red plastic lid was “melted.” It looked just as it might had it been exposed to extreme heat, but the plastic was a bit sticky. I have since discovered that several spices, good quality, fresh spices, have a similar capacity to emulsify plastic. I am certain that it is the volatile oils in the cloves that possess this unique trait.

For parasite cleansing, it is necessary to use fresh cloves that have not been irradiated. Most spices are irradiated with 35,000 the amount of radiation permitted in a chest x-ray. This is ostensibly done to eradicate bacteria, but spices are generally excellent bactericides so the irradiation is merely a way of destroying the precious properties of spices. Non-irradiated spices are available from most high-end health foods stores, and we, of course, carry these spices.

Cloves are among the most antibacterial spices known, but as we all know, a few cloves go a long way. Those with some familiarity with herbal medicine know that clove oil is also used to numb pain due to dental infection; but few know that part of the reason clove oil works so well is that it alleviates the infection. Cloves are antiseptic, bactericidal, and antiparasitic.

After addressing the eggs, one can deal with the parasites that managed to hatch. There are various opinions here as to what works. Hulda Clark and Hanna Kroeger used wormwood, Artemesia absinthium, in a powdered form and the green hulls of black walnuts in a tincture. These are traditional Western herbs for parasites, and a recent study at the University of Washington suggests that a different species of wormwood, Artemisia annua, a famed anti-malarial herb that is also in many parasitic formulas, has significant anti-cancer properties as well. It is this artemisia that we use in our formula.

Chinese medicine relies on bitter herbs to stimulate the liver to produce more bile. One theory is that it is the bile that kills intestinal parasites, not the toxic properties of the herbs. It is important to bring this out since wormwood is toxic, not perhaps in small doses, but to gain some idea of its addictive and toxic properties, one need merely look at the absinthe habits of the nineteenth century. 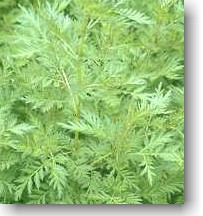 Vermouth gets its name from the German “wermut” or Anglo Saxon “wermod” or wormwood, presumably because absinthe was used as a flavoring in some recipes for this famed aperatif. I feel quite certain that some of the traditions of consuming such beverages stemmed from the monasteries that made the wines and liquors and that also housed the vast libraries of books on botanical medicine. There is a cultural tradition of dealing with some of the risks of parasitic infection that is seen in some of the rituals from the past.

While Artemisia annua is safe, Artemisia absinthium should be used cautiously. It may anesthetize a worm enough that it looses its grip on the intestines so that it can be eliminated. This said, some species of wormwood have other properties that justify their use in antiparasitic protocol. For instance, Artemisia annua, popularly known as Sweet Annie, reduces stomach pain and helps to relieve the anemia that often attends parasitization of red blood cells.

Intestinal Flora, Foods, and Other Measures

For a web page, this has become quite long, but it would be irresponsible to omit some further recommendations. Since parasites thrive in the absence of proper intestinal flora, it is wise to repopulate the body with intestinal flora. Chlorinated water and diarrhea cause destruction and loss of friendly flora so every effort should be made to rebuild the flora. Turmeric greatly assists this work as do supplements of acidophilus, bifidus, bulgaricus, and other friendly organisms.

Use of green juices, aloe juice, and a diet high in greens also helps as does supplemental garlic and asafoetida (in capsules or food.) In addition, one can nibble on pumpkin seeds and eat fresh pineapple and calmyrna figs. Coconut also has antiparasitic properties. According to some sources, sesame oil is somewhat antiparasitic, and black cumin seed, Nigella sativa, has significant anti-parasitic properties. Many recommend drinking sesame oil, a teaspoon or so at a time throughout the day. I personally would add clove oil and/or fennel seed oil to the sesame oil. Fennel seed tea, three cups per day, can be used, especially towards the end of the cleanse. Some authorities believe that fennel intoxicates parasites, making them less protective and easier to annihilate.

In my experience, no one succeeds in ridding the body of parasites in the five days Hulda Clark suggests is possible. I am convinced of this because there are so many hiding places in the body, especially the intestines. I do not deny that one can become significantly better in a short time. I merely doubt that thorough elimination is possible in a short time. I know specialists in India who required four years to complete treatment. This said, somewhere between the miraculous five-day cure and the discouraging four-year one, there might be a middle ground.

When using parasite formulas, I would suggest hitting hard on the days leading up to the full moon and just thereafter and going a bit easier on the last and first quarters of the moon. I would do this consistently for at least three months or until all symptoms disappear. Once the body is rid of parasites, it has to be understood that it needs to recuperate from the insult. Therefore a program of regeneration of the affected organs should follow.

Dealing with tissue damage, toxins, and infections associated with parasites

In the meantime, I would suggest that while undergoing the parasite purge that one eat less and put ones pets and other family members on a similar regime so that everyone is on a clean footing when the job is done.

Excellent (and disturbing) photograph of pinworm