Seekers of Light/Truth As Destiny

This Blog
Linked From Here
SATHYA’S WEBSITES
The Web

Controlled implosion of Federal Reserve Board and ECB continuing as planned 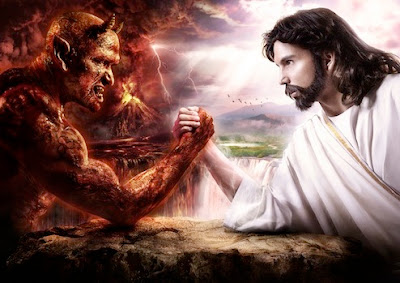 The controlled implosion of the Federal Reserve Board and the European Central Bank is continuing and must be completed before a new financial system can go online, according to Pentagon and other sources. In addition, action is soon expected against criminals like Israel’s Benjamin Netanyahu. Netanyahu murdered his psychiatrist Moshe Yatom after Yatom began revealing Netanyahu’s insane plans to work with Mossad agent and Iranian President Mahmoud Ahmajinedad to start World War 3. Netanyahu also phoned Japanese Prime Minister Naoto Kan after the 311 tsunami and nuclear disaster and threatened to blow up all of Japan’s nuclear plants unless Japan handed vast sums of money to his criminal cabal. Other individuals expected to be “dealt with” include Henry Kissinger, J. Rockefeller, Carl Rove, Peter Hans Kolvenbach, Rahm Emmanuel, the Bush family and Yasuhiro Nakasone.

If any of these individuals feel they are wrongly included on this list, they must contact this writer directly and explain why. The Luciferian cabalists have been arrogant and believe the White Dragon Society, the Red and the Blue, the triads and the yakuza are cowards. The cabalists will be “neutralized” when and where they least expect it.

Let us now summarize the evidence we have that the 311 tsunami and nuclear disaster were a deliberate attack and murder of 20,000 people planned and executed by the Khazarian Satanists.

First of all, according to Democratic Party of Japan and other sources U.S. Deputy Secretary of State Kurt Campbell met DPJ power broker Ichiro Ozawa on March 9th, 2011 and offered him the rights to Zeolite in Fukushima Prefecture if he would stop his plans to unseat then Prime Minister (and North Korean agent) Naoto Kan. Zeolite is now being used to clean up radioactive waste in Fukushima. Campbell claimed to be representing J. Rockefeller.

Another piece of evidence is the fact that the stock price of Higashi Nihon House, a maker of discount housing in Northern Japan, rose 40% on March 10th, one day before the attack. An insider trading investigation has begun and the investors are being tracked down.

Then there were local news reports dating to January, 2011, that the deep sea drilling vessel Chikyu Maru was systematically drilling holes at what became the exact epicenters of the quakes.

There was a 15-man team of Japan Self-Defense Force technicians who were involved in placing nuclear devices into the drill holes. These technicians were told it was for “tests.” After the nukes were set off to trigger the tsunami, 14 of these technicians were murdered. The one surviving team member was sheltered by Pastor Paulo Izumi of the Tachikawa Christian Church in Tokyo. Based on details provided by this SDF technician, Paulo wrote up the details of how the tsunami was artificially created in two books published by Hikaruland Press. The latest, entitled “The Shocking Truth of Why Japan was Attacked with an Artificial Earthquake on 311,” was published in February, 2012. Izumi has also published evidence of a fake Armageddon planned by the perpetrators of this attack. The Self-Defense Force officer is now being sheltered by a Christian group in the US and has been debriefed by agency white hats.

There is also plenty of evidence that the Israeli company Magna B.S.P. which was in charge of “security” at the Fukushima nuclear plant, actually blew up the plants with micro-nukes. Then of course is the recorded phone call by Benjamin Netanyahu to Naoto Kan after March 11, 2011 in which he threatened to blow up all of Japan’s nuclear plants. Magna BSP was in charge of security at all of these plants.

The Fukushima nuclear complex was built by General Electric, a company controlled by J. Rockefeller and other cabalists via a web of so-called “charitable foundations.”

People in Japan who were involved in the entire Fukushima nuclear and tsunami terror attack include Ichiro Ozawa, Naoto Kan and Tokyo Electric Power managers. They will be brought to justice.

The weapons used in the attack were created with fuel taken from a nuclear warhead stolen from the Russian submarine Kursk. Paul Laine from Pentagon Military intelligence confirmed that four nuclear warheads were stolen from the Kursk when it “sank” in August of 2000. An MI6 agent using the name Richard Sorge also informed the Japanese police in 2010 that a nuclear warhead had been smuggled into Japan via Okinawa and was located in a property in Hinode Town, in Western Tokyo owned by former Prime Minister and senior North Korean Agent Yasuhiro Nakasone. The agent later informed the police the weapon had been smuggled into the headquarters of the General Association of North Korean Residents of Japan.

The Japanese police failed to take action and instead arrested this agent and asked him to falsely testify that this writer was a drug dealer. The involvement of the Koganei Police force in this arrest means that North Korean agent and Tokyo Governor Shintaro Ishihara is also involved.

Also involved was a North Korean agent by the name of Ota (we do not know his first name but his daughter’s name is Hideko). Ota also worked in the past of Israeli Al Qaeda types in the Aum Shinrikyo subway sarin gas attack incident.

The original plan called for follow up attacks on Tokyo designed to terrorize the population into abandoning the metropolis.

A threat to retaliate against an attack on Tokyo by sinking the Las Palmas rock formation in the Canary Islands and setting off a 100 meter tsunami to hit the US East Coast and Southern Europe has deterred further attacks on Japan.

In any case, the original scenario was then to set up a North Korean controlled government of Japan and the Korean Peninsula in Osaka. The death of Kim Jong Il and the bribing of many North Korean generals put a kibosh on that.

However, it is still a good idea to set up the new LIFE (Long-term Investments For Everyone) economic planning agency in the Nara plain South of Osaka. This area is the home of the oldest cities in Japan and has plenty of flat land close to the ocean that can be used to create a new financial and economic hub for peaceful global development.

LIFE can be set up without impeding any existing government structures.

There has been considerable opposition, though, both from China and within Japan, to the proposal to join the Korean Peninsula with Japan to create a 200 million person nation. There will be negotiations on this subject in Korea next week. Negotiations with the various factions of the Japanese secret government are also continuing this week.

Since all the parties want world peace and friendly relations in the region, some kind of amicable compromise is expected. No exact timetable for announcements exists yet.

If the LIFE agency can get the rights to use gold-backed Yen overseas and can begin hiring staff, there is no technical or logistical reason why it should not be possible to end poverty and stop environmental destruction this year.