MICHIGANERS ARE A LESSON IN HUMANITY AND REALITY

This text is from a county emergency manager out in the western part of the
Upper Peninsula of Michigan after a severe snow storm …
The Mining Journal,Marquette, MI

Up here in the Northern part of Michigan we just recovered from a Historic event
— may I even say a "Weather Event" of "Biblical Proportions"
— with a historic blizzard of up to 44" inches of snow and winds to 90
MPH that broke trees in half, knocked down utility poles, stranded hundreds
of motorists in lethal snow banks, closed ALL roads, isolated scores of communities
and cut power to 10’s of thousands. 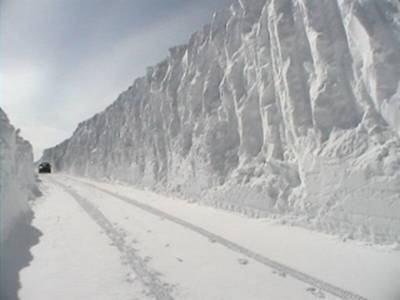 FYI: Obama did not come. FEMA did nothing. No one howled for the government.
No one blamed the government. No one even uttered an expletive on TV. Jesse
Jackson or Al Sharpton did not visit. Our Mayor’s did not blame Obama or anyone
else. Our Governor did not blame Obama or anyone else either. CNN, ABC, CBS,
FOX, or NBC did not visit – or even report on this category 5 snow storm. 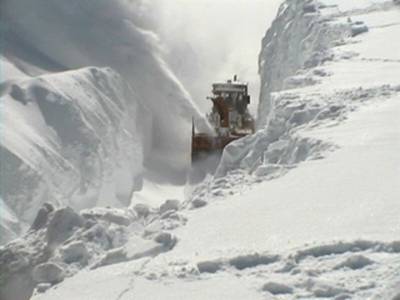 Nobody demanded $2,000 debit cards.
No one asked for a FEMA Trailer House.
No one looted.
Nobody – I mean Nobody demanded the government do something.
Nobody expected the government to do anything either.
No Larry King, No Bill O’Rielly, No Oprah, No Chris Mathews and No Geraldo Rivera.
No Shaun Penn, No Barbara Striesand,
No Brad Pitts, No Hollywood types to be found. 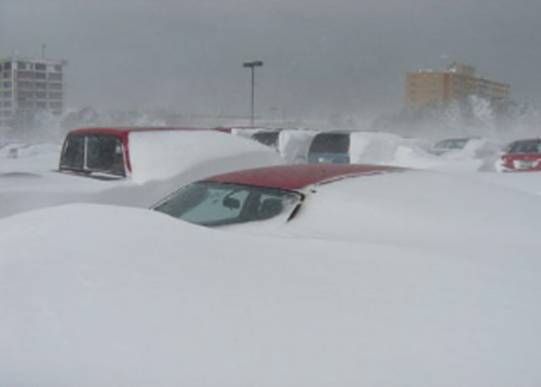 Nope, we just melted the snow for water.Sent out caravans of SUV’s to pluck
people out of snow engulfed cars. The truck drivers pulled people out of snow
banks and didn’t ask for a penny. Local restaurants made food, and the police
and fire departments delivered it to the snow bound families.. Families took
in the stranded people – total strangers. 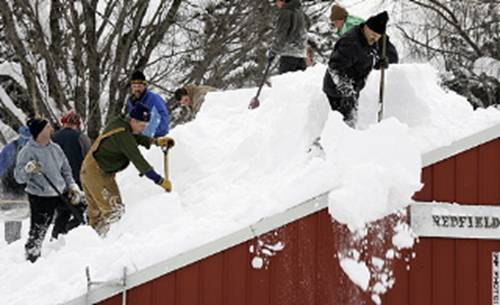 We fired up wood stoves, broke out coal oil lanterns or Coleman lanterns.
We put on an extra layers of clothes because up here it is "Work or Die".
We did not wait for some affirmative action government to get us out of a mess
created by being immobilized by a welfare program that trades votes for ‘sittin
at home’ checks. Even though a Category 5 blizzard of this scale is not usual,
we know it can happen and how to deal with it ourselves. 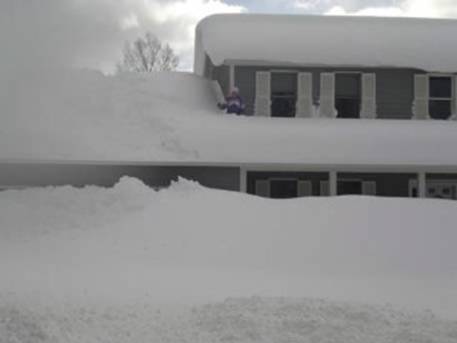 I hope this gets passed on.
Maybe …..
SOME people will get the message ……
The world does NOT owe you a living.