This is an MP3 and M4a collection
which features The Maji somewhere in the mix….. 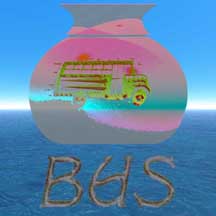 You Don’t Have To Stay (Bobby Dalton)-(Majik solo)

The  American Civil Liberties Union has released a set of detailed recommendations on steps that the new president should take to “clean house,” renew freedom, and restore the nation’s reputation. . .

On Day One, the next president should, by executive order, direct all agencies to prohibit the use of torture and abuse; direct the new Attorney General to appoint an outside special counsel to investigate, and, if warranted, prosecute any violations of federal criminal laws; close down Guantanamo and either charge and try detainees in criminal or traditional military courts or transfer them to countries where they won’t be tortured; and end the practice of extraordinary rendition.

In his first 100 days, the president should take actions to end illegal spying and surveillance, to protect Americans from privacy violations and discrimination, to end the federal death penalty, and to increase government transparency.

“his job is to share light and not to master..”

August 2, 2007 Massive ULF ‘Blast’ Detected In US Bridge Collapse Catastrophe http://www.whatdoesitmean.com/index1026.htm By: Sorcha Faal, and as reported to her Western Subscribers Reports from Russia’s Institute of Solar-Terrestrial Physics located in Irkutsk are reporting today that their Siberian Solar Radio Telescope (SSRT) detected a ‘massive’ ultra low frequency (ULF) ‘blast’ emanating from Latitude:  45° 00′ North  Longitude:  93° 15′ West at the ‘exact’ moment, and location, of a catastrophic collapse of a nearly 2,000 foot long bridge in Minneapolis, Minnesota. To the horrific destruction of the Interstate 35W Bridge which spanned the Mississippi River we can read as reported by the Star Tribune News Service: “The 1,907-foot bridge fell into the Mississippi River and onto roadways below. The span was packed with rush hour traffic, and dozens of vehicles fell with the bridge leaving scores of dazed commuters scrambling for their lives. Nine people were confirmed dead as of 4 a.m. today. Sixty were taken to hospitals and 20 people were still missing this morning. Authorities said they expected the death toll to rise.” Russian Military reports state that the total collapse of such a massive bridge, and in the absence of evidence linking its destruction to terrorist activity, could only have been accomplished by an acoustic weapon, of which the United States Military is known to possess. These reports further state that one of the United States primary research organizations into acoustic weapons research is Augsburg College, and which is located in Minneapolis, Minnesota, and most importantly less than 1 mile from the Interstate 35W Bridge collapse.  To the exact reason of why, and what exactly happened in this catastrophe we can only speculate, but, with what is known about the United States past history of using sophisticated weapons on their own citizens for ‘research’ purposes it certainly lies in the realm of possibility that this horrific tragedy is rooted in the use of ULF weapons. To the past usage of these new types of weapons we can read even back into the 1980’s of the United States research into their use as reported by the CNN News Service:  “Imagine the implications of a weapon with no visible trace — a weapon that could knock out tanks, ships, and planes as fast as the speed of light. The same technology, with modifications, could disorient and even tranquilize military personnel, rendering them virtually helpless in the battle zone. These are the new weapons of war we will examine in this series. For the past 40 years, the world has been riveted by the threat of nuclear war, and more recently by the prospect of space defenses using lasers and other modern technologies. Lightning is the most dramatic form of energy to be found in nature. Scientists have succeeded in creating limited types of artificial lightning. And some think that these could be the forerunners of a new type of directed-energy weapon, part of a family of weapons that operate within the radio frequency segment of the electromagnetic spectrum, and are thus referred to as radio frequency weapons.”

The Truth Is Your Destiny.

The War on YOUR Health!

There is a WAR raging right now against YOUR health!

THANK-GOD!! This is great news because SPAM sucks.

Check out this link to information about action that is underway against spammers and email-harvesters. HEH. A friend told me this was gonna happen… (thanks to him BTW..you called that one a long time ago bro!..) http://www.projecthoneypot.org/5days_thursday.php

Videotape the cops, go to jail

WOW! Now are the really stupid cops gonna think it’s okay to beat people up again, because they think they can’t be videotaped? This is an interesting issue, because the cops are usually videotaping from their vehicle when they make a stop… What gives them permission to do so? Are we as citizens under a duty to make certain that the criminals masquerading as cops are not able to take over the infrastructure and start pimping it out for their own agenda? This is defintely and interesting debate…

Video-tape the cops, go to jail

reincarnation without permission from China’s atheist leaders. The ban

living Buddha without government approval is illegal and invalid,”

according to the order, which comes into effect on September 1.

The 14-part regulation issued by the State Administration for Religious

Affairs is aimed at limiting the influence of Tibet’s exiled god-king,

the Dalai Lama, and at preventing the re-incarnation of the 72-year-old

monk without approval from Beijing.

lead religious communities and oversee the training of monks, giving

them enormous influence over religious life in the Himalayan region.

seeking and recognizing a living Buddha, effectively excluding the Dalai

Lama, who traditionally can play an important role in giving recognition