NBCNews.com video: iDoctor: Could a smartphone be the future of medicine?

NBCNews.com video: iDoctor: Could a smartphone be the future of medicine?. 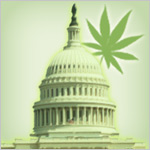 USW – Leo W. Gerard, International President of the United Steelworkers, together with representatives from Mondragon International., the global worker industrial cooperative leader, and the Ohio Employee Ownership Center, have announced that a new “union co-op” model template is available for organizations wanting to combine worker equity with a progressive collective bargaining process. This template was created as follow up to the original USW-Mondragon agreement in October 2009 to collaborate in establishing Mondragon-like industrial manufacturing cooperatives that adopt collective bargaining principles to the Mondragon worker ownership model of “one worker, one vote” within the United States and Canada.

“To survive the boom and bust, bubble-driven economic cycles fueled by Wall Street, we must look for new ways to create and sustain good jobs on Main Street,” urged Leo Gerard.  “Worker-ownership can provide the opportunity to figure out collective alternatives to layoffs, bankruptcies, and closings in hard times, rather than having the rug pulled right out from under struggling communities to the benefit of a few at the expense of the many”.

Josu Ugarte, President of Mondragon International, added: “Mondragon is very pleased to support this historic collaboration – combining the world’s largest industrial worker cooperative with one of the world’s most progressive and forward-thinking manufacturing unions – to work together.”

Building upon this union co-op model, exciting new projects in Pittsburgh and Cincinnati are already well underway. Additional projects based on the union co-op concept have begun or have been proposed in multiple locations from coast-to-coast. Pittsburgh intends to announce its first union-coop project sometime in the late May, early June.

The USW-Mondragon union co-op model seeks to build on the ten basic principles that Mondragon co-operatives have put into practice during the past fifty-five plus years:

The co-op will not discriminate in the admission of new worker-owners, except that the worker-owner must accept the basic principles and be capable of performing the work required.

The principle of “one worker, one vote” shall prevail throughout the co-op, including the annual general assembly and the election of the board of directors.  Every worker-owner owns an equal share and has an equal vote through “one class” ownership.

Labor is the main factor for transforming nature, society and human beings themselves. As a result, Labor is granted full sovereignty in the organization of the co-operative enterprise, the wealth created is distributed in terms of the labor provided and there is a firm commitment to the creation of new jobs.

Instrumental and Subordinate Nature of Capital

People are prioritized over profits.  Providing and creating jobs are prioritized over increasing the marginal return on investments.  As President Abraham Lincoln wrote in his first State of the Union address in 1861: “Labor is prior to and independent of capital. Capital is only the fruit of labor, and could never have existed if labor had not first existed. Labor is the superior of capital, and deserves much the higher consideration.”

“Ownership” must become more than just the value of a share.  Workers must also undertake the responsibilities of ownership in the co-op by their participation in the management of the co-op, ensuring that the co-op remains accountable to its worker-owners.

Wage solidarity means there is less disparity among workers and the communities in which they live, reinforcing the equality and quality of ownership.  In most cases, the highest paid worker in the Mondragon co-operatives makes no more than 5 to 7 times the lowest paid worker.

Just as workers benefit from working cooperatively in a business, so too can co-ops benefit from working cooperatively with other co-ops.  Such an interdependent system of co-ops allows each co-op to create and share common resources such as financing, research and development, and training, as well as to support each other through down turns in the markets or the economy

A key part of the co-op’s mission is to support and invest in their communities by creating jobs, funding development projects, supporting education, and providing opportunity.

The co-op supports all efforts to promote workplace democracy and promotes the co-operative model and culture as a means to achieve social and economic justice.

Education is valued as “the key to the development and progress of a people” and is critical to “democratize power”, as quoted from Mondragon’s founder, Father José María Arizmendiarrieta.  Education and lifelong learning provide the tools for worker-owners to adapt and sustain the cooperative.

Creating sustainable jobs and sustainable communities requires broadening the definition of societal value beyond “the bottom line.” Democratic worker ownership principles combined with social and economic justice differentiate the union co-op model from traditional business models, making the union co-op option sustainable and giving it a competitive edge over the long term as worker-owners get to benefit more fully from their hard work and own their own decision-making process and all the fruits of their labors.

The full text of the union co-op model is available at www.usw.coop or www.union.coop

About the USW: The USW is North America’s largest industrial union representing 1.2 million active and retired members in a diverse range of industries.  (www.usw.org)

About Mondragon: The Mondragon mission is to produce and sell goods, and provide services and distribution using democratic methods in its organizational structure and distributing the assets generated for the benefit of its members and the community as a measure of solidarity.  Mondragon began its activities in 1956 in the Basque town of Mondragon by a rural village priest with a transformative vision who believed in the values of worker collaboration and working hard to reach for and realize the common good.  Today, with approximately 850,000 cooperative members in over 260 cooperative enterprises present in more than forty countries; Mondragon is committed to the creation of greater social wealth through customer satisfaction, job creation, technological and business development, continuous improvement, the promotion of education, and respect for the environment.  In 2011, Mondragon reached annual sales of more than twenty-four billion dollars with its own cooperative university, cooperative bank, and cooperative social security mutual and is ranked as the top Basque business group, the seventh largest in Spain, and the world’s largest industrial workers cooperative.  ( www.mondragon-corporation.com)

About the OEOC: The Ohio Employee Ownership Center is an outreach center of Kent State University in Kent, Ohio.  It was founded in 1987 by John Logue who worked tirelessly to bring the successful Mondragon business practices and employee ownership structure and governance to the United States.  Since Dr. Logue’s untimely death in 2009, the OEOC’s staff of eleven has continued to carry out its mission to promote employee ownership through employee stock ownership plans (ESOPs) and worker-owned cooperatives in order to broaden capital ownership, deepen employee participation, retain jobs locally, and increase living standards for working families and their communities. (www.oeockent.org )

You can Make TOFU from HEMPSEEDS !!!

It turns out that the real TOFU was not made from SOYBEANS before the 1930’s.

It was made from MARIJUANA SEEDS !
Actually The real name for Marijuana grown for food is HEMP.
HEMPSEEDS are actually a fruit and is the NUMBER ONE source of protein for the human species.
check out this article:
https://www.majik.org/cruxenrose/?p=21

Soybeans were brought in to replace HEMPSEEDS even though Soybeans are number 100 on the list of best protein !!!

Making TOFU-MA (from hempseeds) is EASY !
just google ‘how to make tofu’ and then use HEMP MILK instead of SOY MILK.

The big problem is most of us are not even smart enough to quit eating cows yet !!

It seems that most of us are going to die, from STUPIDITY, and lack of motivation to change that.

Here’s the answer to the problem anyway, hopefully some of us will take it to heart and apply it in our lives.

Breaking news on Marijuana in California

The California Supreme Court today struck down the state’s limits on how
much medical marijuana a patient can possess, concluding that the
restrictions imposed by the Legislature were an unconstitutional
amendment of a 1996 voter-approved initiative.

The decision means that patients and caregivers with a doctor’s recommendation to use marijuana can now possess as much as is
“reasonably related to the patient’s current medical needs,” a standard
that the court established in a 1997 decision.

“I’m very pleased. They gave us exactly what we wanted,” said Gerald F. Uelmen, a law professor at Santa Clara University who argued
the case for Patrick K. Kelly, a medical marijuana patient from
Lakewood who was convicted of possession and cultivation. “This makes
it very clear that all of the rights of patients under the
Compassionate Use Act are fully preserved.”

The initiative did not limit the amount of marijuana that a patient could possess or cultivate other than to require it be
“personal medical purposes.”