[April 1, 2007]When cannabis hits the headlines it is often in response to the latest cannabis farm that has been unearthed, be it in a remote field in the country or in someone’s roof in the city. Bad press all round for a plant known for its psychoactive properties and misuse, even though it is finding support from individuals and doctors for alleviating the symptoms of many illnesses. But what many people fail to appreciate is that there are other, safer, varieties of Cannabis sativa that bring different qualities to society.The pot-smoking species is C. sativa subsp. indica, characterised by relatively large amounts of tetrahydrocannabinol (THC), the psychoactive component. However, another cultivar, C. sativa subsp. sativa, produces only trace amounts of THC and grows long and tall, with little branching. This form is cultivated for its fibres and is more often known as industrial hemp. It is easy to grow, typically taking 4 months to rise to heights of 3-10 feet, its fast growth negating the need for herbicides.It has been estimated that hemp is used in more than 25,000 products, including paper, fibreboard, textiles, biodegradable composites, plastics, rope, sails and furniture. Compared with wood chippings, hemp produces at least double the amount of fibre and does not require bleaching or other toxic chemicals.But Cannabis sativa has one further property that can get careless industrialists and farmers off the hook. It can help to clean up soil that has been contaminated with toxic heavy metals such as cadmium, nickel and copper. Plants grown in soil that has been fouled by industrial effluent, metal-enriched fertilisers or herbicides can absorb metals into their root systems. So, ideally, crops could be grown on contaminated soil, then the fibres harvested for industrial use.Little is known about how the Cannabis plant reacts when it takes up excess copper, especially within the proteome. How does it manage this, while still maintaining growth and its normal protein functions? This question has now been addressed by scientists from the University of Piemonte Orientale in Alessandria who have studied the proteome of Cannabis sativa var. Felina 34 grown under copper stress.Seedlings were planted in a quartz sand-loam-gravel mix that was dosed with 150 ppm copper sulphate. This level is well above the mean world soil copper concentration of 20 ppm, while remaining below that at which serious plant toxicity is observed. After 6 weeks, the copper-treated plants were smaller than control plants, with shorter leaf areas, root lengths and root volumes.The copper content, determined by ICPMS, doubled in the shoots, but increased 8-fold in the roots compared with controls. This distribution confirmed that copper intake was preferentially localised in the root system in agreement with published work which declared the copper gradient in hemp to be roots > stems > leaves > seeds.Proteins in the roots were extracted by standard methods and separated by 2D gel electrophoresis. The protein spots that had statistically significant intensity differences from the control gel were selected for in-gel digestion with trypsin for tandem mass spectrometry analysis. Seven proteins were down-regulated, five were up-regulated and two disappeared altogether.Subsequent identification was not straightforward, since the C. sativa genome has not yet been sequenced. So the researchers, led by senior reporter Maria Cavaletto, used de novo sequencing from the MS/MS spectra then aligned the proteins to database sequences of related organisms. This cross-species protocol was able to identify some of the protein with altered abundances.Since no new proteins were observed under copper stress, the team concluded that the plant does not evolve a copper-specific mechanism to incorporate the excess metal ions. They proposed a copper-coping mechanism in which the first protein to interact with the copper ions, present as copper(II), was aldo/keto reductase. It acts as a scavenger, reducing copper(II) to copper(I), a process which makes it available for interactions with other proteins such as phytochelatins that bind copper(I). This reductase is an auxin-induced protein, confirming the involvement of auxin as a plant growth regulator handling the excess metal.Other implicated proteins include the stress proteins formate dehydrogenase, a protein that increases in response to other stresses such as dark, cold and drought, as well as enolase and elicitor-inducible protein. Other implicated proteins are those which confer greater copper resistance and provide an efficient reducing system (thioredoxin peroxidase, peroxidase and cyclophilin) and those which regulate root growth (actin, ribosomal proteins and glycine-rich protein.This preliminary work will mark a useful basis for future phytoremediation studies, perhaps being used to develop plants for biomonitoring or for the remediation of heavily metal-polluted soil.Related links: * Department of Environmental and Life Sciences, University of Piemonte Orientale

This is funny!! The Fastest Way to smoke some Pot

A Colbert Christmas: The Greatest Gift of All has redefined the holiday special for the new millennium. But it may also have redefined holiday songs for the 21st century as well, especially Willie Nelson and Stephen Colbert’s “Little Dealer Boy.” Think “Little Drummer Boy” 2.0, substitute the phrase “finest gifts” for marijuana, and you’re there.

Or better yet, just check out the video of the entire song at right. It’s a double-exposure romp that might make Jesus blush, if he wasn’t already rumored to have used cannabis himself. After all, as Willie sings in the duet, cannabis is a “plant that smokes more sweetly than either frankincense or myrrh.”

If you like the tune, you’re probably going to love the rest of the bizarro standards found A Colbert Christmas, out now as an iTunes-only digital EP. Heck, you might even dig Toby Keith’s War-On-Christmas shocker “Have I Got a Present For You,” the very track that had me worried that Colbert’s holiday special might suck.

Boy, was I wrong about that.

Meanwhile, “Little Dealer Boy” has caught some flak on Colbert Nation, but I think it is one of the finest Christmas tunes ever laid down. Am I high? Post a comment below and let me know. 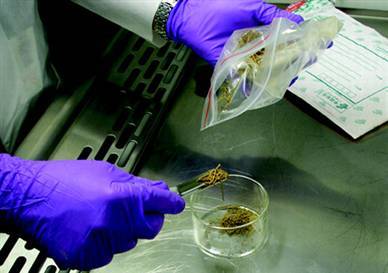 In an important legal case decided today that cannabis reform advocates have been waiting on for nearly two years, the California Supreme Court ruled that criminal defendants are not entitled to a defense as Proposition 215 (Prop 215) caregivers if their primary role is only to supply marijuana to patients.

“We hold that a defendant whose care-giving consisted principally of supplying marijuana and instructing on its use, and who otherwise only sporadically took some patients to medical appointments, cannot qualify as a primary caregiver under the Act and was not entitled to an instruction on the primary caregiver affirmative defense. We further conclude that nothing in the Legislature’s subsequent 2003 Medical Marijuana Program (Health & Saf. Code, § 11362.7 et seq.) alters this conclusion or offers any additional defense on this record. ”

Prop 215 defines primary caregiver to be the “individual designated by the [patient]… who has consistently assumed responsibility for the housing, health, or safety of that person.” According to the Court, these words ” imply a caretaking relationship directed at the core survival needs of a seriously ill patient, not just one single pharmaceutical need. ”

The Court concluded, ” a defendant asserting primary caregiver status must prove at a minimum that he or she (1) consistently provided care-giving, (2) independent of any assistance in taking medical marijuana, (3) at or before the time he or she assumed responsibility for assisting with medical marijuana. ”

The Court’s ruling effectively limits the caregiver defense to relatives, personal friends and attendants, nurses, etc. In particular, it excludes its use by medical marijuana “buyers’ clubs,” retail dispensaries and delivery services.

The remaining legal defense for medical marijuana providers is to organize as patient cooperatives and collectives, which are legal under SB 420.

Amazingly, this case found its way to California’s high court because bank tellers reported Mentch to law enforcement because his cash deposit smelled strongly like cannabis (Mentch was caught with approximately 200 cannabis plants that he believed he was lawfully tending, in compliance with Prop 215, for five medical patients who possessed a physician’s recommendation).

Full text of the People vs. Mentch is found here. Listen to NORML Legal Counsel and founder Keith Stroup on today’s AudioStash talk about the significance of the court ruling and likely implications on how patients can continue to lawfully access medical cannabis.